A box of biscuits, a box of mixed biscuits and a biscuit mixer.

She sells seashells on the seashore.

We surely shall see the sun shine soon.

Here is one more pronunciation challenge for you! Furthermore, do you know the translation of the following look-alikes?

The bandage was wound around the wound.
You have to polish the Polish furniture.
The wind was too strong to wind the sail.
The soldier decided to desert his dessert in the desert.
Since there is no time like the present, he thought it was time to present the present.
The insurance was invalid for the invalid.
(Many more sentences like these can be found in different sources, e.g. on the Internet.)

According to the NATO spelling alphabet there are some mistakes to be found in the following spellings. Can you spot them – and insert the appropriate spelling words?

Some combinations of letters in English can be pronounced in astonishingly different ways. Just take a look at “ough” in “cough, though, through, hiccough”!

So, GHOUGHPHTHEIGHTTEEAU is a completely common English word – if you replace its combinations of letters by single letters that can be spelled in the same manner.

To make it a little easier for you we show you the combination of letters that have to be replaced as a whole by a single letter:

Can you find the English word consisting of six letters that is hidden here? 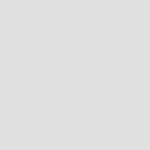